Is writing fun? Cathartic? Rewarding? Are there some other motivations that make people, who are not compelled by outside forces to do this task, do it of their own free will?

Why would you spend precious time and energy on this task, when you could be playing, or sleeping, or working a second job – spending your mental powers on something that actually supplements your income?

If it’s your job to write, that’s reason enough, but what about the rest of us, who write anyway?

I’ve heard people say they love to write. Some people can write for hours on end, and emerge feeling like they’ve been to a great party. If I write for more than an hour, the party host has begun showing vacation slides, the liquor’s gone, and I’m turning cranky. Writing is hard for me. It’s a chore. There are many things I’d have more fun doing.

Some say they write to let out their feelings. Writing takes a weight off their souls and allows them to address emotions in ways they cannot do otherwise. I also feel better after a session of writing, but for me, it’s the same as feeling good after a workout, when you realize you have a whole day before you have to make yourself tired and sweaty again. I admit there have been a few times when writing has allowed me to get something off my chest. But my angry letters to Boston Market Corporate Headquarters probably weren’t my best work. Besides, the euphoria didn’t last past the next local chicken shortage. 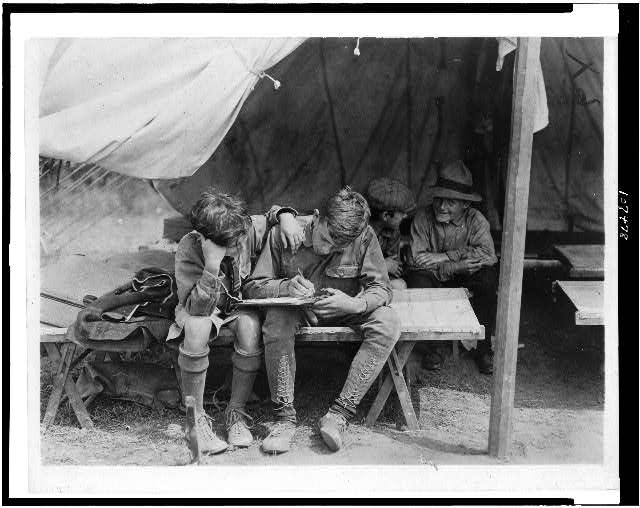 “Tell ’em we’re tired of them running out of mashed potatoes too!”

I ask this a lot, because I consider myself a logical person, but there seems to be no logic in why I take on this task again and again.

I think I write because I can’t draw, or paint, or play the horn. I write because I can, though opinions may differ on this point. Writing is my one chance to leave something lasting. Yes, it’s a long shot, another fool’s errand, but what so far has led you to believe I’m not a fool?

If I write enough, maybe one little portion of my output will prove itself to be beautiful and I will have something to show for my time.

If you write, why do you do it?

Conversations with my wife: Vitamins

How we’re spending our early, and extended, summer vacation