Since I last wrote about Goodreads giveaways I’ve opened my giveaways up to more countries besides the U.S. This worked fine when the winner lived in Canada, but after trying to get a book to South Africa, I think I’ve hit my limit.

The shipment to Canada I mailed myself. It cost more than I’d expected but it was easy. In the South African case, it would be less expensive to send a copy directly from Amazon.com to the winner.

Shipping cost $14, on top of the price of the book. I was pleasantly surprised at how reasonable this was, and that’s when the surprises stopped being pleasant.

During the ordering process I learned that South African customs requires the national ID number of the recipient of a package. I suspected the recipient could provide this number to customs when the package arrived there, but I wasn’t sure. Not wanting to ship a book that might never get to its destination, I paused to investigate.

Since Amazon had alerted me to the requirement, I decided to ask them about the particulars. I called customer support. The representative assured me all I need was the recipient’s address. Great. I asked him why Amazon requested the recipient’s national ID number in that case. He put me on hold. A minute later, he returned with a changed mind: I certainly needed the ID number to ship the package. I decided to try a different Amazon representative.

Via web chat, the next rep told me I could substitute my own national ID number. The only national ID number I have is my Social Security number, and I’m certainly not plugging that into Amazon to buy a book. Besides, it’s hard to see how my Social Security number would do South African customs any good. I hope they don’t have a database of all American’s and their most personal information. When I asked the rep about this, she began answering questions I had not asked, but not the ones I did. I said thank you and goodbye. 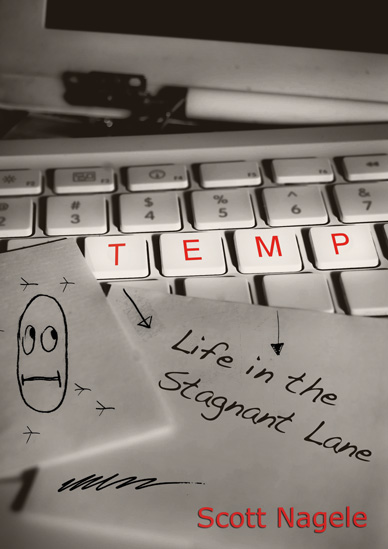 The humble, little humor novel that caused all the trouble. According to Amazon’s shipping department, it might just be explosively hilarious.

Still confused, I broke down and did the unthinkable. I sent a message through Goodreads to the winner of my giveaway. Goodreads strongly discourages this, but under the circumstances, I hope to be forgiven.

The winner was a very nice man, who even apologized for his country’s red tape. Though I’d been careful not to ask for his ID number, he offered it anyway, along with a more specific address than the one supplied by Goodreads. I returned to my Amazon shopping cart. Problem solved.

Amazon would not ship to the new address at all. A pop-up box explained that I might be sending something that South African authorities would not allow – for example, weapons or explosives. Well, I have handled hundreds of copies of this book, and it has never yet exploded. What the pop-up box didn’t mention is that the new address contained the phrase “PO Box,” which is more likely the reason Amazon didn’t want to deal with it. But it was convenient to blame it on the South African authorities.

I went back to the non-PO Box, address. Combined with the winner’s national ID number, no warning lights flashed and no gates came crashing down. I was free, as far as I know, to ship a humble, non-toxic, non-invasive, paperback book to South Africa.

What do you guess the odds are of it making it to its destination?

The encore nobody asked for

Have yourself a merry little air fryer holiday