I’m not sure what to make of James Fenimore Cooper. Unlike Edgar Rice Burroughs, whose books I loved, despite their flaws, Cooper is an author whose books I wish I could love.

There’s a little boy deep inside to whom Cooper is magic. Growing up in Upstate New York, keenly interested in colonial history and Northeastern Indians, put me right in line for devouring Cooper’s Leatherstocking Tales. It also made me wish he had done a better job writing them.

Cooper could spin a yarn. He was imaginative, and there is enough drama in his books to keep you turning pages. The problem with Cooper is there are far too many pages to turn. I don’t mind long books. I just don’t like needlessly long books.

Cooper was profligate with the English language. He thought words grew on trees, which is not a good thing for a writer whose stories take place in the forest. Cooper grabbed handfuls of words from the nearest low-hanging branch and tossed them willy-nilly. Adverbs, adjectives, whatever he had in hand; there must be something lying among the twigs they could be used to describe. 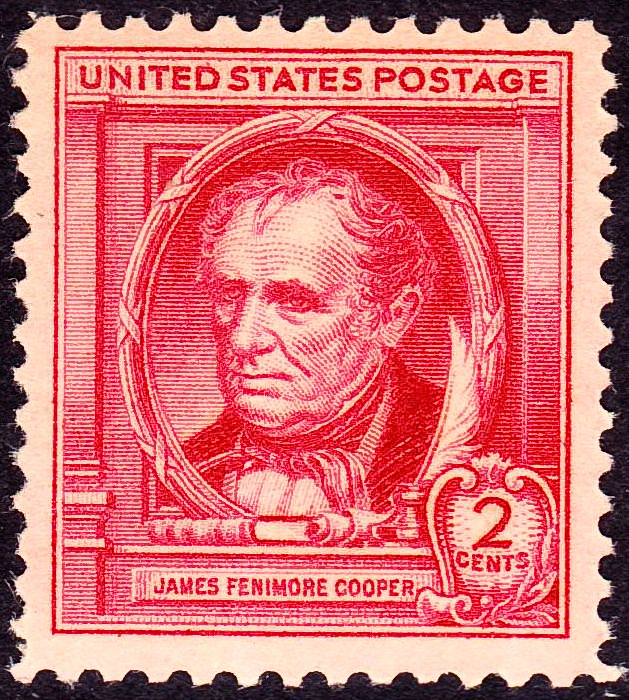 The only time he was able to restrain himself from putting in more than his two-cents-worth.

If you can weave your way through the superfluous words, the other thing that might grab at your ankles is the flawlessness of the hero. No matter where Natty Bumppo points his rifle, he is sure to hit the head of nail. On his off days, he shoots easier things, like deer, Indians, and Frenchmen, who sometimes need to be shot but hardly pad his resume as a marksman.

Natty never brags about his marksmanship. He is famous for not bragging. He repeatedly avoids self-congratulation while talking up of his exploits until his humility becomes annoyingly boastful. Bumppo is a thoughtful, taciturn man who seems always to be talking at somebody. By contrast, Tarzan was exceptional at swinging through trees, but he didn’t waste all your time not bragging about it. 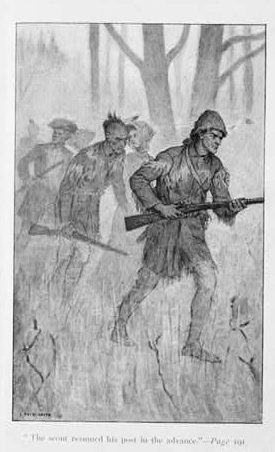 A rare scene in which Natty’s mouth is closed. (Artist: E. Boyd Smith)

There are a surprising number of upper-class, young women traipsing through Cooper’s wilderness. Natty Bumppo is never tempted by them. Maybe he’s too wise to get tangled up with impulsive women who can’t quell the urge to visit the far side of a border war. More likely, Natty is too pure. Naturally, when a man who has been alone in the forest for ages finds a beautiful woman in his path, it presents a wonderful opportunity to spew his backwoods philosophies at her.

If Natty Bumpo had missed his target once, or at least shut up about how un-noteworthy his “gifts” were, he’d have been a lot more interesting. If he’d entertained one lustful thought, he would have been more believable. In the end, he was just a guy who could get you through the woods, if you didn’t allow yourself to get trapped in a conversation with him.

Having said this, I admit to reading all the Leatherstocking Tales. If lost volumes were discovered, I would read them too. Cooper snared me with his subject matter. His writing frustrates me, but what can I do? There aren’t a bunch of people running around New York during the French and Indian War besides Natty Bumppo.

So here’s to you, James Fenimore Cooper; you may not have done it the best, but you did it the most, and that should be worth something.

14 thoughts on “My love-hate relationship with James Fenimore Cooper” 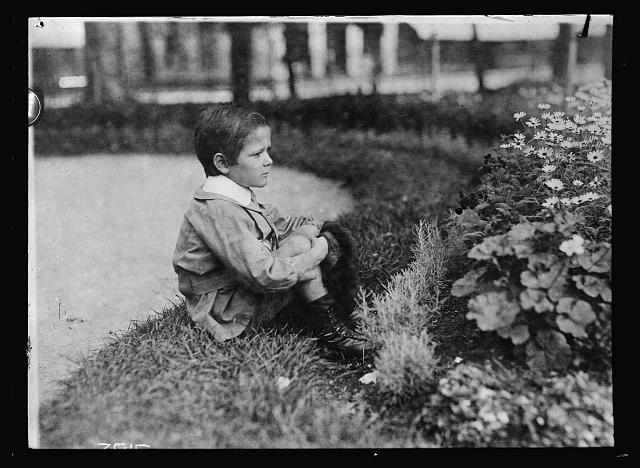 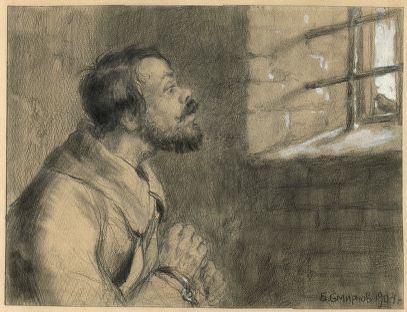